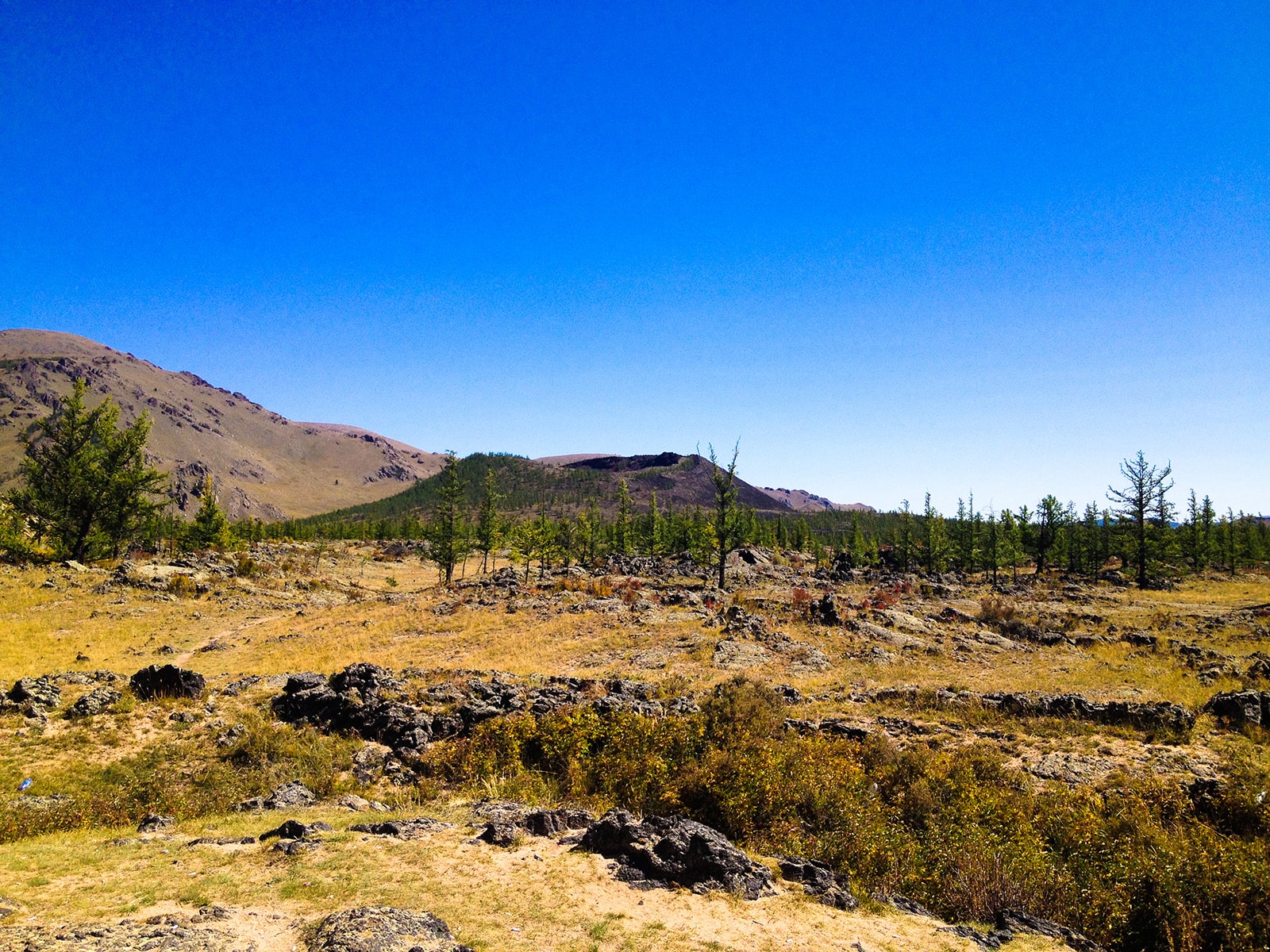 Khorgo – Terkhin Tsagaan Nuur National Park was created to emphasize the spectacular landscapes of the region and to protect endangered flora and fauna species. Formerly, an immense mass of lava had blocked the river Terkh and it is its waters which formed the Lake Terkhiin Tsagaan. It extends over 16kms long and reaches 20m depth for a total surface of 61sq km. It is situated at 2.060m ASL. Suman river leaves in waterfalls from the lake and transforms into tempestuous torrents then forms a canyon and several small lakes. The water of the river is so turbulent that it doesn’t freeze during winter when the temperature is frequently around -30C. In the middle of the lake we can see a volcanic island covered with nests made with perfumed grass name Sam Khan. Here, all day long we can hear birds and the Tadorne Casarca as well as numerous ducks and gooses. Siberian deer, wild bear and the big Cormorant can be seen frequently around the lake during summertime.

The extinct volcano of Khorgo (or Horgo) is surrounded by Khangai mountains, which peak in more than 3000m ASL. On a relatively reduced perimeter, there are about ten extinct volcanoes. We can find in some of the craters small lakes with crystalline water.
Khorgo crater, is situated at a 2.210m ASL and its diameter is 20m wide for 80m depth. There is no lake in this crater, but clouds of vapor rise and form during wintertime ice sculpture. From far away we can imagine herds scattered on the mountain. Near the crater we can admire tens of small caves with numerous stalactites. Long ago, the volcanic lava flooded in the nearby valleys, which are covered nowadays with varieties of fruits and flowers. In the forest, there are deers, wild goats and other mammals, as well as various birds.