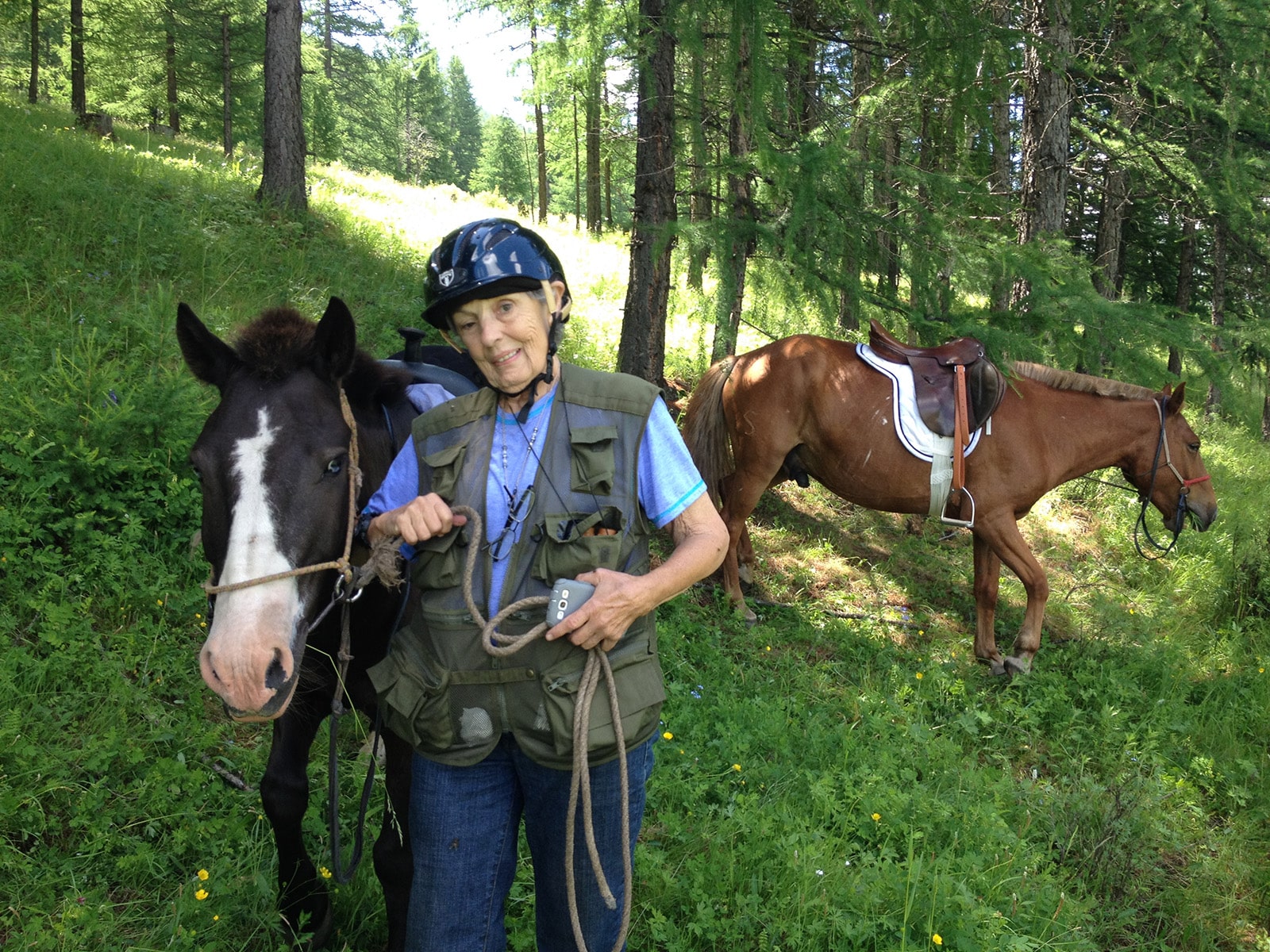 Khustai Nuruu National Park (Mongolian: Хустайн нуруу, Birch Mountains), located in Tov Province (aimag), is one of the most famous National Parks of Mongolia. It is also known as Khustai National Park. The Tuul River runs through the Park.

The Mongolian Government declared the Khustai National Park as a Specially Protected Area in 1993, one year after the initiation of the reintroduction project of the Takhi (Przewalski horse) to the Khustain Nuruu. The Khustai NP extends through the Khentii Mountains and includes the western edge of the Mongolian steppe at the boundaries of Altanbulag, Argalant and Bayankhangai Soums of Tov province. The park is about 100km west from the capital city of Ulaanbaatar.

The Khustai NP covers 50,600ha land which is home to 459 species of vascular plants, 85 species of lichens, 90 species of moss and 33 species of mushrooms. 44 species of mammals have been recorded, including Red deer, Mongolian gazelle, Roe deer, Wild boar, Wild sheep, Ibex, Mongolian marmots, Grey wolves, Lynx, Pallas cat, Red fox, Corsac fox and Eurasian badger. The 217 species of birds include Golden eagle, Lammergeier, Great bustard, Whooper swan, Black stork, Daurian partridge and Little owl. There are 16 species of fish, 2 species of amphibians, and 385 species of insects (including 21 species of ants, 55 species of butterflies, 10 species of bush crickets and 29 species of grasshoppers). A new species of soil insect has been found in the Khustai and given the scientific name of Epidamaeus khustaiensis.

In 2002, the Man and the Biosphere Reserves organization of UNESCO certified the Khustai NP as a member of the world biosphere network of natural reserves. The Khustai NP Trust was enrolled as a member of IUCN in 2007. The Hustai NP is one of the best-managed Specially Protected Areas in Mongolia and was the first park to be managed by a non-governmental organization specializing in nature and environmental conservation. The park was managed by the Mongolian Association for the Conservation of Nature and the Environment during 1993-2003. A dedicated NGO, the Khustai National Park Trust (HNPT), was established in 2003 and signed a contract with the Mongolian Government which delegated the management of the HNP to the new NGO.

Przewalski’s Horse (Equus ferus przewalskii, Mongolian: Тахь Takhi; Chinese: Yehmah), or Dzungarian Horse, is a rare and endangered subspecies of wild horse (Equus ferus) native to the steppes of Central Asia. At one time extinct in the wild, it has been reintroduced to its native habitat in Mongolia at the Khustai National Park, Takhin Tal Nature Reserve and Khomiin Tal. The taxonomic position is still debated, and some taxonomists treat Przewalski’s Horse as a species, Equus przewalskii. Przewalski’s Horse is stockily built-in comparison to domesticated horses, with shorter legs. Typical height is about 13 hands (1.32m), the length is about 2.1m with a 90cm tail. They weigh around 300kg (660lb). The coat is similar to dun coloration in domestic horses. It varies from dark brown around the mane (which stands erect) to pale brown on the flanks and yellowish-white on the belly. The legs of Przewalski’s Horse are often faintly striped.

In the wild, Przewalski’s Horses live in social groups consisting of a dominant stallion, a dominant lead mare, other mares, and their offspring. The patterns of their daily lives exhibit horse behavior similar to that of feral horse herds: Each group has a well-defined home range; within the range, the herd travels between three and six miles a day, spending time grazing, drinking, using salt licks and dozing. At night, the herd clusters and sleeps for about four hours. Ranges of different herds may overlap without conflict, as the stallions are more protective of their mares than their territory.