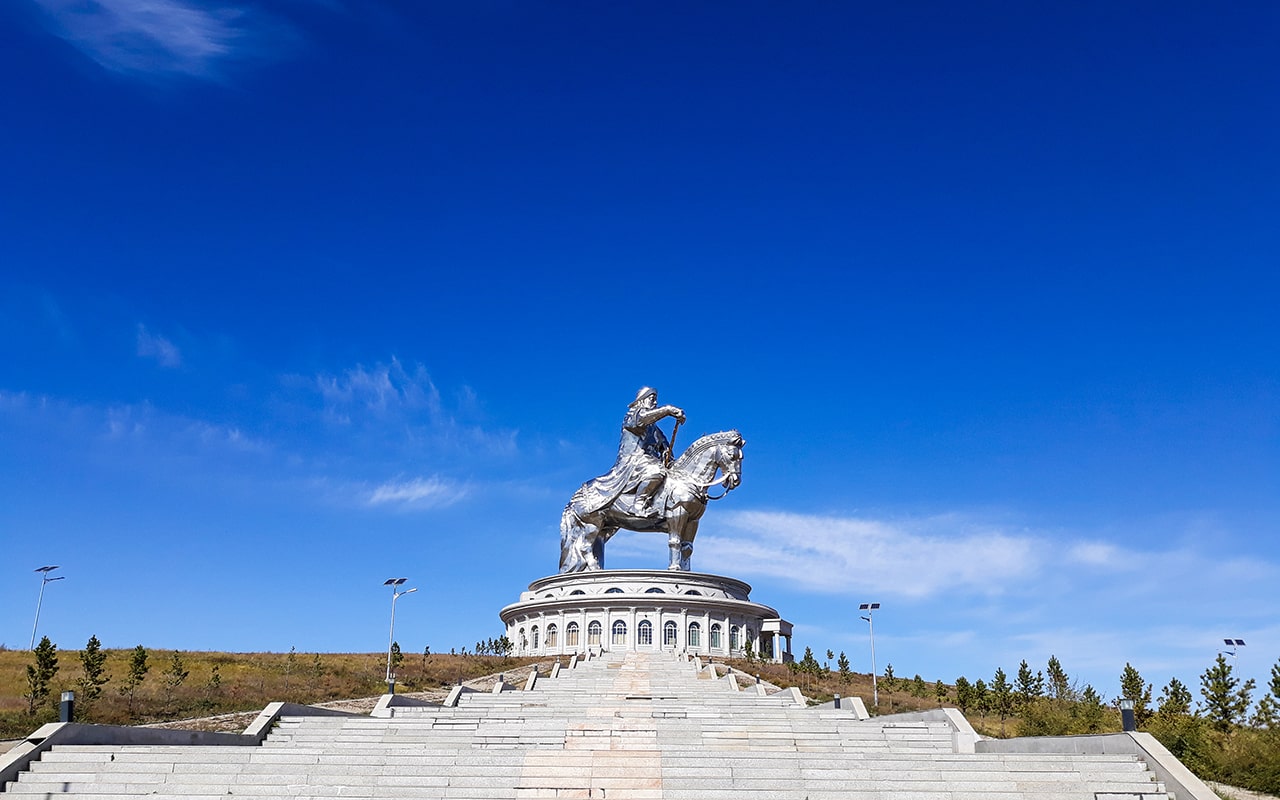 World’s tallest equestrian statue (40m) erected in Mongolia was unveiled at the end of September in 2008. This statue, showing Chinggis Khan (1162-1227) with a golden whip in his right hand gazing into his birthplace Khentii province in the northeastern part of the country, has located in the Tsonjin Boldog site connected to many historical events in the territory of Erdene soum of Tov Province, situated 54 km away from Ulaanbaatar.
Here, Temuujin (Chinggis Khan’s given name), the great Khaan who conquered the half of the world after overcoming difficulties in his childhood when he lost his father, found a whip on the way back from Khereid’s Tooril Khaan, where he had gone to ask for help when Merged had captured his wife in 1117. Finding a whip is perceived as a good omen by Mongolians. Therefore, finding the whip, Chinggis Khan became greedy seeing it as a path being opened to the great cause.

The haughty and yet honorable statue is surrounded by 36 columns representing 36 Mongolian Khaans. The entire edifice is covered in 250 tons of stainless steel. Visitors will ascend to the exhibition hall using an elevator at the back of the horse and will walk to the horse’s head passing through its chest and the back of its neck from where they will have an excellent panoramic view over the complex area and the scenery beyond.
As the Eiffel Tower is for the French, the Statue of Liberty for the Americans, the Great Wall for the Chinese, and the Taj Mahal for the Indians, the project initiators wish to turn the Chinggis Khaan Statue into an icon of which Mongolia can be proud. Mongols hope that this complex will provide a new and distinctive image for the Mongolian tourism industry.